This is one of only a few acronyms that strike fear in the heart of any parent, whether seasoned ones or first-timers. Respiratory Syncytial Virus is a very common illness that peaks during late Fall and Winter. Virtually every child has contracted the virus by 2 years old. Children and adults can be re-infected throughout their life time. Subsequent infections are typically less bothersome and are often blamed on a simple “cold” due to their inconsequential nature.

SYMPTOMS & RISK
Most infants infected with RSV develop upper respiratory tract symptoms like runny nose and sneezing, while only 20%-30% develop lower respiratory tract symptoms like bronchiolitis and pneumonia. This can sometimes progress to wheezing, retractions (visibility of the ribs when breathing), rapid breathing, nasal flaring and grunting. Those at particular risk of complications are the very young, those less than 60 days old. Factors that increase the risk of severe disease include prematurity (especially those less than 29 weeks’ gestation), chronic lung disease of prematurity, congenital heart disease, and certain immunodeficiency states. Additional risk factors include low birth weight, having siblings, maternal smoking during pregnancy, exposure to second hand smoke, eczema, not breastfeeding, and household crowding. Hospitalizations typically occur in those less than twelve months old, mainly those less than six months old. The hospitalization rate of those who contract RSV is less than 3%.

TESTS
Often the best test is knowing the RSV activity in the community. Spread among daycare centers can occur rapidly and there is little chance of escape for those who have not had the virus previously. It is spread on clothes and in the air (sneezing and coughing) for distances less than 6 feet. It can persist on surfaces for several hours and on hands for 30 minutes. Touching your eyes or nose after having the virus on your hands, is a common way to contract the virus.
A nasal swab is the most frequent test to confirm the infection. A result can be known in as little as ten minutes with an accuracy of 80-90%.

TREATMENT
No available treatment shortens the duration of RSV or quickens the resolution of symptoms. The care is supportive. This means making sure the child stays well hydrated by consuming small amounts of milk often. Having RSV is not a reason to avoid milk. There is no good data to suggest it “thickens” secretions, as some have often worried. Suctioning the nose to facilitate to ease breathing while eating helpful. Breathing treatments, steroids, and antibiotics do not have a routine role in treating RSV, nor do cough and cold preparations including Benadryl.

PREVENTION
General guidelines that apply to preventing other viral diseases also applies with RSV. Hand washing, limiting exposure to persons known to have the disease and wiping down surfaces frequently can be helpful. Once exposed RSV, illness typically develops within two to eight days, usually four to six. There is an immunoglobulin injection that is offered to a very select group of high-risk individuals given monthly from October until April, which can decrease the risk of contracting the virus.

WHEN TO SEEK HELP
Signs that a child may be part of the small group that will need hospitalization or further medical attention including those who exhibit symptoms of dehydration including decreased wet diapers, dry lips and mouth, decreased tearing, and rapid breathing with rates above 60 times a minute. Breathing difficulties, including retractions, as well as lethargy. In addition, we value the maternal instinct that “something just isn’t right!”

It is very likely that all of us have had RSV at some point in our life. This doesn’t reduce the anxiety we all feel when an infant contracts the virus. Sleepless nights will lie ahead, but implementing common sense measures mentioned may help weather the storm.AUTHOR 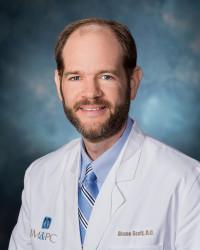 Diagnosis and Treatment of Diabetes in Children and Adults

Diabetes is a serious health condition that occurs due to a malfunctioning of how sugar, or glucose, interacts in the body. While glucose […]

ADD and ADHD are different conditions, even though they often go hand-in-hand. ADD affects a person's ability to stay focused and organized, while […]

As your family grows and changes, so do your healthcare needs. You can trust Internal Medicine & Pediatric Clinic to provide comprehensive, quality […]

What Our Clients Say About Us